What the Chip Shortage Means For Your Wallet

Tips and tidbits for financial success.

What the Chip Shortage Means For Your Wallet 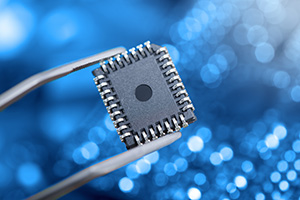 If you’ve looked at buying a new vehicle in the past year, consumed any news media, or driven around Metro-Detroit then you know there is a shortage of microchips for the automotive industry. It’s not just the automotive industry that is struggling, printer manufacturers are having to show how to bypass lockouts requiring proprietary cartridges.

The chip shortage is going to get worse before it gets better. And it will continue to affect your vehicle buying for at least the next year. Here’s what you need to know about what buying and selling a vehicle will look like for the foreseeable future.

While there has been an effort to ramp up domestic chip production, that takes time. It’s also reliant on importing some of the raw materials needed to manufacture chips. There is some hesitancy to build domestic production based on demand dropping, thus leaving brand new plants underutilized.

What does this mean for the car market?

The chip shortage draws a clear line between new and used vehicles. Manufacturers are either stockpiling vehicles in need of chips or simply removing vehicle parts that require them to better ration chips. Some are cutting the automatic start/stop function. Others are removing the touch function from their infotainment systems. Others are taking away the 18-way movable seats. All of this is removing features and functions that consumers want.

But, these features and functions can be found in used vehicles—ones that, besides the date of manufacture and a few miles, are identical to the ones sitting in storage, waiting for chips. Because of this, demand has been driven up for used vehicles.

What will happen to all the cars sitting around?

All cars eventually sell. All the vehicles sitting around waiting for chips, the ones missing in-demand features, and vehicles people just don’t want will eventually sell. The good news is this should drive down the cost of both new and used cars.

Once the vehicles waiting for parts come on the market, the flood of new old-stock vehicles should drive down demand for used vehicles. Why buy a vehicle with miles already on it when you can get a brand new one for the same price or at least close?

Other vehicles will go into loaner fleets for dealers. Some will make their way to rental companies; people are less worried about features when it’s a rental. Some will be sold as corporate fleet vehicles. Most will probably end up in the driveway of someone who wanted a good deal.

Is the end near?

According to AutoForecast Solutions, there were 11.3 million units of production lost. That’s 11.3 million vehicles that were not built, accounting for $210 billion in lost revenue. Being that the chip crisis is hitting everything from automotive to ink cartridges and phones, it will be a while before things return to pre-pandemic and pre-chip-shortage numbers; some experts are saying at least through 2025.