Some Deals Are Too Good to Be True

Tips and tidbits for financial success.

Some Deals Are Too Good to Be True

Everyone wants to get a deal when they are buying a car. Why would you pay more than you absolutely have to? 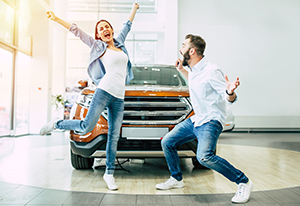 One of the biggest ways to save on a vehicle is to be related to someone who works for a manufacturer. Some family discounts can be as good as a 99% off the manufacturer suggested retail price (MSRP). Most tend to be 5%–10%, which is still a significant savings on a brand new vehicle that costs tens of thousands of dollars.

Those kinds of deals bring a lot of customers, desperate for a discount, to a salesperson. In fact, one salesman was recently arrested by federal agents for illegally offering $8.7 million in discounts to people who were not family. It should be obvious that such deep discounts are very regulated and mostly reserved for direct relatives and a very few select friends, if any. The dealer involved was selling the discounts on social media, often stealing coworkers discount codes. If it seems too good to be true, it is.

So what are your best bets on getting a discount?

What you shouldn’t do is buy a code or discount. Paying someone to give you a deal is never the deal you think you’re getting. Another red flag is a car salesperson telling you they can get you a deal but you can’t tell anyone. Industry discounts are an above-the-board thing. In the case of the salesperson who was recently arrested, they were offering deals to bolster their own sales numbers. The more cars someone sells, the bigger bonuses they get from the dealership they work for. There are also manufacturer bonuses for high-volume dealers and dealerships.

Buying a new vehicle can be stressful enough as it is. If you know there are discounts or money-saving options available before you go in, bring those with you to the dealership. If their salesperson offers you some deal that is just too good to seem true, ask if you can talk to a manager to confirm. Or ask if the deal is valid at other dealerships. The fallout from that one salesperson’s fraud is ongoing. The people who bought from them are most likely in the clear, but it’s always better to be ethical and safe than shady and unknowingly stealing.